We are using cookies to deliver you better experience. By using our website you're agreeing to this. Okay

of recognizing types
of trash

Founded in 1946, Seoul National University (SNU) is a national research university located in Seoul, South Korea. It is considered the most prestigious university in the country with sixteen colleges, one graduate school and nine professional schools. Furthermore it holds a memorandum of understanding with over 700 academic institutions in 40 countries, the World Bank and a general academic exchange program with the University of Pennsylvania.

FUN WITH TRASH is a project developed by a team of several departments at SNU under the leadership of Prof. Seong-Woo Kim and Dr. Daeun Kim. The main motivation of the team who developed the project was that trash recycling and sorting can be fun while being effective and it can be rewarding too for users who use the novel system.

A prototype of the FUN WITH TRASH system was built by the SNU team in the Idea Factory in 2016. SNU needed to create a smart sensor system that would identify what trash is been put inside the bin. Therefore they needed technology that can integrate with their sensor and run with a maximum 0.5 second delay upon the object reaching the sensor. After an ultrasonic sensor senses waste, a photo is captured by a camera sensor and the type of trash is recognised (whether it is paper, glass, can, plastic etc). Then it is compared against entries in a database and if correctly sorted in the right bin, the user is informed, and the bin is opened. Points are added to the user's account if he/she has correctly sorted the trash.

Imagga’s technical team not only trained the custom classifier for waste categorisation and improved its accuracy over time but also helped SNU’s team with advice how to modify the hardware setup of the recycling machine prototype in terms of sensor positioning and illumination of the area, in order to obtain robust and precise recognition results and achieve rates over 95% sorting accuracy.

The SNU team worked closely with Imagga’s R&D team over several months and received invaluable advice how to improve the custom classifier and the prototype. This collaboration has continued over the years. Imagga’s co-founders Mr Chris Georgiev (Biz Dev Lead for Asia-Pacific) and Dr Stavri Nikolov (Research Director) visited SNU’s team and prototype in the autumn of 2016. Both SNU and Imagga re-confirmed their interest to further enhance and extend the FUN WITH TRASH prototype when SNU move to the next phase of commercializing it.

“ Imagga’s API was very easy to integrate and use and after the waste recognition custom classifier was trained and improved by Imagga we ran numerous software and real tests with our waste recycling prototype at SNU. “ 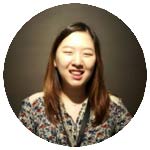 Imagga offers building of custom classifiers as a full service, from consulting to data sourcing and classifier training.